Instant Content Curator Pro was the first software that Web Dimensions, Inc. released to the internet marketing community in May of 2012. It was the 13th largest selling software on the Warrior Forum Special Offers section. ICC Pro was/is very popular. It has since been surpassed by ICC Express which is a multi-dimensional, flex-based outgrowth of the ICC Pro project. ICC Pro does do one thing that ICC Express does not do: It curates easily from EzineArticles in the manner dictated by EzineArticles terms of service - and very nicely, too!

There are some known issues, as follows:

1. If you are downloading this file to a Windows machine, it's possible that Windows may change the file extension to .zip. This file should have a .air extension. If Windows renames it to a zip file, please do NOT open it as a zip file, instead rename it to a .air file and then install it with Adobe Air.

2. Please do not run McCaffee virus scan or other real-time anti-virus scanners while installing this application, or the install may fail with an error saying "the installer file is damaged. Please contact the software vendor." If you see that, please turn off all anti-virus (especially real-time scanning) and try your installation again.

3. There is no program inside the .air file. It is only an installer and must be installed with Adobe Air. Please do not open or unzip the contents of the air file, there is no executable inside. It must be run inside of Adobe Air's virtual machine. 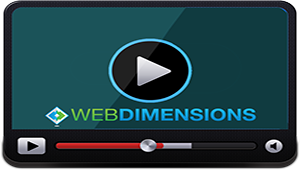 ASK ME A QUESTION